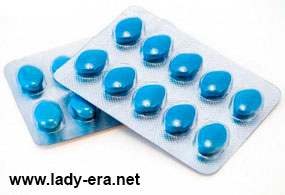 Female sexual arousal disorder (FSAD) has been receiving an increasing attention in recent years. According to the American Foundation of Urological Diseases (AFUD), the definition of FSAD covers multifaceted sexual excitement issues. Persistence or recurrence of such a condition, as a rule, causes an individual distress, as well as a decrease in sexual life quality.

Sildenafil for sexual arousal in women

FSAD may have an onset of its own or coexist with a number of other female disorders. Its main symptoms comprise a lack of intimate excitement, feeble genital sensation, poor genital lubrication/engorgement, and other similar somatic insufficiencies. Quite frequently, healthcare experts also diagnose such female patients with orgasmic disorder, hypoactive sexual desire disorder (HSDD), and/or dyspareunia. As for the causes, they are often associated with abnormally low blood flow in the vagina/clitoris resulted from childbirth injuries, inadequate hormonal background, as well as use of certain medications.

Biochemical data suggest that the NO–cyclic guanosine monophosphate (cGMP) pathway mediates an increase in vasocongestion in both the clitoris and vagina, following sexual arousal. Aside from NO synthase, the human clitoris also contains phosphodiesterase 5 (PDE-5), which is the enzyme responsible for cGMP catabolism. Sildenafil (available as generic female Viagra for this purpose) is a fast-acting, selective inhibitor of PDE-5; as it inhibits the action of PDE-5, smooth muscle strips in the vagina get relaxed, allowing in more blood. Exactly this ability of sildenafil to enhance engorgement in the genitalia was the reason why this drug was suggested efficacious in the management of FSAD of organic (physiological) origin. 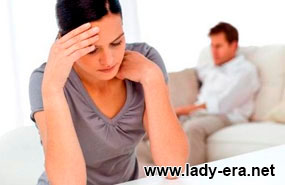 emale sexual dysfunction is not the only disorder that has been tested for sildenafil uses in females. Researchers at the Sher Institute of Reproductive Medicine in Nevada conducted several studies aimed at a possible application of Viagra in the infertility treatment. Quite commonly, female infertility is linked to the fact that the uterus’s lining is too thin to implant an egg. Medics hope that Sildenafil will prove useful in thickening the tissue to improve the chances of pregnancy. As of today, the first tests are promising but we have yet to see the data of more serious and profound studies.

Pregnancy requires a sufficient growth of the endometrium (the uterine cavity’s epithelial lining) to support the egg implantation during menstrual cycle. Measurements of endometrial thickness (EM) is a very reliable factor that helps predict the potential success of pregnancy. Endometrium thins down due to an array of reasons, such as certain surgical interventions (e.g. cervical dilation), radiotherapy, various recurrent infections, and congenital anomalies.

However, as a thin endometrium is directly related to the inability of uterine radial artery to maintain high blood flow, as well as poor vascular development, use of adjuvant vasodilators have been suggested. Beyond the urological scope of Sildenafil, modern ways of applying it as a female infertility aid are being explored exactly of its vasodilatory property.

In one clinical study, sildenafil was administered vaginally for 5 weeks; the female participants with a history of repeated miscarriage actually saw an improvement in EM. Also, in other studies, there was observed a significant improvement in EM in 70% of the women who had taken Sildenafil for 10 days. This observational data look very promising and spur further research activity in this area.