Even if the symptomatic manifestations are very light, so as not to be often recognized by the people who are affected, the consequences of chlamydia on the reproductive system (especially women) can be very serious. In most cases the infection affects women, especially adolescents and sexually active young people. 10 to 40% of women with untreated infection develop pelvic inflammatory disease which can lead to infertility. And it is this inflammation that has been associated with an increased risk of ovarian cancer in our study. After analyzing the data of a Polish study on 278 patients with a diagnosis of ovarian cancer (compared with those of many healthy women) and those of an American study on the other 160 patients and it emerged that the participants who had developed the antibody against pgp3, the protein considered as a clear marker of the presence of a chlamydial infection (existing or previous), showed the double risk of ovarian cancer.

If it is true that ovarian cancer is relatively rare (there are about 11.5 cases in every 100,000 women registered in the US yearly) the prognosis is serious, with only 38% of patients surviving five years after diagnosis. 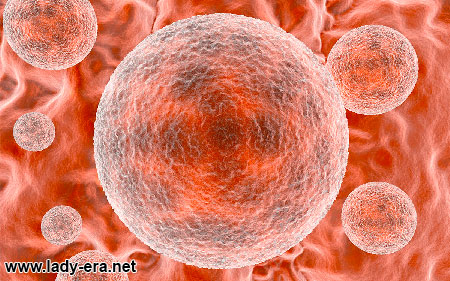 Chlamydia is diagnosed through a laboratory test that aims to identify the bacterium on two different types of material: infected tissues (swab on the cervix, vagina, urethra, anus, oral cavity) or from biological fluids (urine, sperm, secretions). There is also the possibility of searching for anti-chlamydial antibodies on the blood. These tests are required or performed by the specialist (gynecologist, urologist, venereologist) based on the clinical suspicion of chlamydial infection.

If left untreated, the infection can progress causing both short-term and long-term consequences, which can, like symptoms, remain “silent”. In women, the most typical manifestation of infection is pelvic inflammation: the involvement of tubes, ovaries, uterus and surrounding tissues and the post infectious scar repair process can lead to permanent damage (tubal occlusion is the most feared consequence), with chronic pain, infertility and the possibility of extrauterine pregnancies. Women with chlamydia have a five-fold higher risk of contracting HIV. The permanent damage in the male sex seems less likely, although in recent years some studies report a possible correlation between chlamydial infection in men and sterility.