Combination Oral Contraceptives: How They Work

The combination birth control pill was introduced to the market in the early 1960s. Over the years, the dosage of the pill has progressively decreased, up to the current pills, which probably contain the minimum possible dosage. The combined pill contains an estrogen component (usually ethinyl estradiol) combined with progestin, similar in biological action to estrogen and progesterone produced by the ovaries.

The use of oral contraceptives in the U.S. was estimated to be at 64.9% among the sexually active female population aged 15-49 in 2017.

The combination pills can be:

This approach is practiced to approach the hormonal variations of a natural cycle.

Which approach is better? There are no substantial reasons to prefer a single-phase pill to a two-phase or three-phase pill. The hormones contained in the pill block the function of the ovaries, preventing their hormonal secretion and ovulation. This mechanism of action, common to all hormones whose secretion, is regulated by the pituitary gland, is called “negative feedback” or “counter-regulation”: the administration of hormones from the outside determines the inhibition of the secretion of pituitary hormones, so that it is to stop the secretion of ovarian hormones. 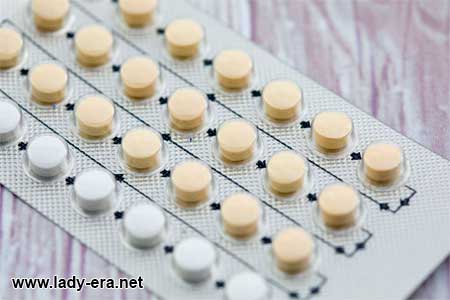 The pill is sold in packs of 21, 22 or 28 tablets, which must be taken every day, starting the first time since the beginning of menstruation. After finishing the package, take a 7, 6 or 0 day break, respectively, and another one begins. The contraceptive activity is very high, with a Pearl index very close to 0 if taken correctly; the coverage starts from the first pill taken and is also present during the break between one pack and another. Medical prescription is required.

Cons: it is necessary to remember to take it every day; presence of contraindications, possible side effects and interaction with other drugs.