Female Orgasm From The Evolutional Point Of View: A New Study

Studying the female orgasm with the help of a group of rabbits? It can be done. The female orgasm is a topic much debated by scientists who, up to now, seem to grope some more in the dark without finding a definitive answer to how and why this happens. While the biological reason (ejaculation and therefore the possible fertilization of an egg) is known of the male orgasm, the function of the female orgasm is still unknown. The issue is thorny and also very varied, since being able to understand once and for all why the female orgasm exists and why some women manage to reach the maximum pleasure with greater ease than others is certainly not simple, since it seems that everything changes from person to person, making a myriad of variables and factors always different (for example, sexual anxiety).

Ok, so what do rabbits have to do with all this and, above all, with the woman’s orgasm? Well, during a recent test conducted by a team of experts from the University of Cincinnati, Ohio, and Yale, published later in the scientific journal of the National Academy of Sciences of the United States, scholars have observed the behavior of rabbits during sex in order to find an objective confirmation of their thesis according to which the female orgasm would be very important well beyond reproductive needs. A bit like saying that in addition to the usual story of the conservation instinct of the species there is much more. 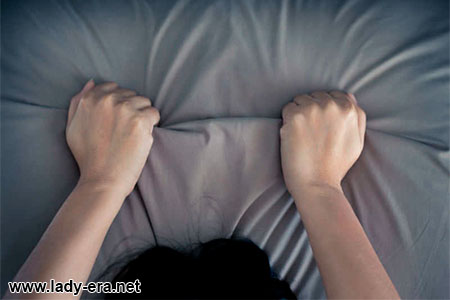 The thesis was that the body of women could have orgasm because this helped them to become pregnant, now with evolution it would not happen anymore making us lose the reproductive advantage, leaving however the pleasure of orgasm intact. But why does this happen? It is precisely to this question that Gunter Wagner, a professor at Yale, and Mihaela Pavlicev, professor at the University of Cincinnati, tried to answer with some tests carried out on rabbits, animals that still ovulate only and exclusively during sex.

The scientists thus conducted their studies on a group of female rabbits, some of whom administered a drug known as Prozac (which is able to inhibit orgasm) before sexual intercourse, noting that ovulation average after the copula had dropped by 30% in the bunnies that had taken Fluoxetine. A decidedly fascinating response that opens the door to other benefits that are very different and distinct from those merely reproductive linked to women’s ability to reach orgasm. Reproduction is not the only important biological function. Survival and the ability to fight infections or cope with stress are just as important as reproduction, so we should not reduce female sexuality.

The fact that the clitoris is located outside the human female vagina (while in many animals, just like rabbits, it is inside) makes us free to have all the orgasms we want without ‘unwanted consequences’ and not only with sexual relations, but also with auto-eroticism. Not bad, right? A special mention in all this study also goes to Frank, the only male rabbit used during the whole experiment thanks to which it was possible to analyze all this. A very lucky bunny, don’t you think?