Judging about beauty is quite a complicated point, as it depends not only on the female’s appearance but on male’s preference, as well. The criteria of beauty undergo constant modifications and drastic changes. Thus, several years ago chubby females, closer to ultimately plump, were the center of attention. They were muses for famous artists, musicians, and poets. With time, the stereotypes changed cardinally, devoting much more attention to extremely thin girls. They became models and examples for everyone. Such arbiter elegantiae did not last long due to a range of factors. 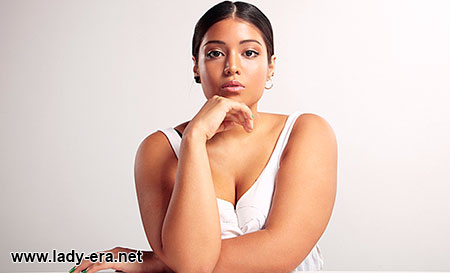 According to the results of numerous poles, modern men prefer slightly plump women that are somewhere in the middle between thin and fat. However, the survey showed that heavier than average is the choice of men. While the whole world idealizes strong, athletic and slim beauty, real people vote for a completely different physique. It is interesting to offer the results of a recent survey with over 7,000 respondents. Its aim was to get the idea of a preferred woman type by men. Therefore, each respondent had 6 options, starting from fat, plump, slightly plump, medium build, slightly thin, and up to completely thin. The choice was as follows:

As you can notice, slightly plump, medium built and slightly thin women are preferred by an overwhelming majority of men. However, it is always important to pay due attention to the age of the respondents. People from 20 to 49 consider medium built women to be the best, while slightly thin girls were preferred by men under 20 years old. Slightly plump women is another pick of 20-49 age group. The vital point is that no metric or special measurements were used to specify these terms of female beauty. Nevertheless, this is the way men think and judge about attractiveness by now. But with the change of fashion and common attitudes, the notion of ideal beauty also modifies greatly, and it will be no wonder if in 5 or 10 years tastes will be completely different. Judge not by appearance only – that is the only way to reveal true beauty.