Since 2008, 2427 women between the ages of 35 and 79 have been examined within the study, with a participation rate of over 60%. Physical inactivity and obesity are two characteristics that go in the same direction: it is known in fact that the increase in body weight is due to the imbalance between intake and caloric expenditure. During the survey, data on inactivity in leisure time were collected through a questionnaire, while those on obesity (body mass index ≥30 kg / m2) derive from direct population measurement.

In recent decades a change in the habits of physical activity has been observed: the movement performed during working hours, which until a few years ago contributed in a high way to the daily physical exercise of a person, today has almost completely disappeared and replaced with the one made in his spare time. 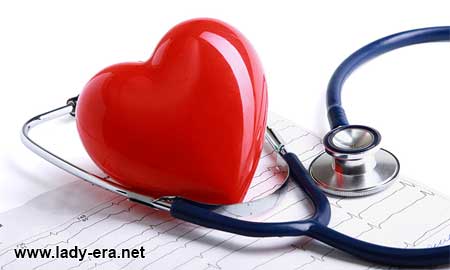 This reduction in movement during daily working hours is not matched by a similar increase in physical activity in free time, which remains realized, even in people who are “physically active” in no more than 3-4 hours a week. Even journeys from home to the workplace, once carried out by public transport or by bicycle, today see mainly the use of private vehicles, further reducing movement opportunities. Furthermore, the increased sedentariness associated with an ever increasing availability of food is leading to an alarming increase in the spread of obesity: obesity is associated with an increase in arterial pressure, blood sugar levels, cholesterolemia with consequent increase in arterial hypertension, diabetes and dyslipidemia.

The lifestyle changes that have occurred over the last 20 years (shifting the practice of physical activity from working hours to leisure) are well documented even within the cohorts of OPACH (Objective Physical Activity and Cardiovascular Health) study: physical work activity has decreased even though it is slightly increased that in free time. This reduction is in line with the economic transformations and the consequent changes in the world of work that have taken place over the last twenty years, in particular the shift in employment from sectors linked to greater physical activity, such as agriculture, to sectors such as services, where physical movement is very small.

It is reported in the literature, and also shown in the data of the study, that for any increase in physical activity there is a reduction in the average level of total cholesterol, systolic and diastolic arterial pressure, blood glucose and, in men, also in the habit of smoke. The condition of obesity, a consequence partly determined by the reduction of physical activity and partly a richer diet, worries those who are interested in public health.