Female libido is strongly influenced by hormonal variations and psychophysical transformations that every woman goes through at different stages of life. Problems increase in conditions of psychophysical vulnerability, when stress, insecurities related to changes in one’s appearance, hormonal imbalances and specific therapies can interfere with the intimate sphere, causing a ‘mental’ decrease in desire and a lower physical capacity to feel pleasure.

Fortunately, as has been the case for men for a long time, today women also have the possibility of resorting to some pharmacological help to awaken the dormant passion. Sildenafil is used as a part of Female Viagra, restoring the blood flow towatds the genitals and facilitating clitoral erections. Recently the American agency Food and Drug Administration approved the first oral non-hormonal drug to treat the loss of sexual desire in women of childbearing age. And hormone replacement therapy has been in place for some time, especially via the trans dermal application (a patch), has proven effective for the treatment of various sexual disorders during menopause and in women who have undergone hysterectomy.

Initially designed for the treatment of depression, the drug based on flibanserin has given better results in the treatment of libido problems in women of childbearing age, with testosterone and normal estrogens, so much so that it has been renamed into ‘pink Viagra’.

In reality this definition is not properly adequate: compared to the drug used to treat male impotence, flibanserin has a very different mechanism of action.

First of all, it must be taken regularly (and not just ‘as needed’) and it begins to give effect after 6-8 weeks, secondly it acts at the level of the central nervous system (and not vascularity in the genital area) by stimulating neurotransmitter ‘exciters’. And moreover, the actual Viagra (sildenafil) has been made available for the female population. 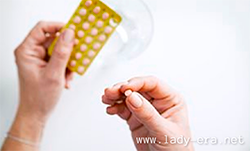 As an alternative, there is hormone replacement therapy to rekindle desire and improve the quality of intimate life of menopausal women. It is estrogen (especially estradiol) and / or testosterone bioidentical to those that the women’s body produces naturally during the fertile age. Recent studies have shown how precisely the administration in the form of patches, which are applied on the skin of the abdomen and changed every 3-4 days, proves to be more effective: the constant and controlled release allows you to restore and maintain the premenopausal levels of these hormones improving female sexual function. However, there are risks associated with hormonal therapy: according to a study published by the prestigious British medical journal The Lancet, the risk of breast cancer for those who use estrogen and progesterone therapy is higher than previously thought.

Which solution is best for female sexual arousal regulation?

All things considered, Female Viagra appears to be the least invasive of the therapies available for female sexual arousal disorder today. The drug has minimal side effects which are well tolerated and tend to disappear with time; its active ingredient, sildenafil, has been around since 1998 and its effects, both short- and long-term, are well-studied, and its benefits for sexual health are measurable. The price of sildenafil for women also tends to be optimal. Female Viagra is a prescription drug, so a medical opinion is needed to rule out any eventual contraindications.