Pre And Postpartum Depression, How To Avoid Them

Pre or post partum depression (also called perinatal depression) affects 16% of women facing maternity and only half is treated appropriately. This phenomenon, so undervalued and in many cases also unrecognized or untreated, can be remedied with prevention and with a correct diagnostic and therapeutic framework.

Often underestimated, mood disorders at this particular moment in life may be a very serious problem that affects women at a time when they are vulnerable and where everyone expects to see them happy. According to this resource, one in seven women experiences them before or after birth: 13% already experience a mood disorder during the first weeks after giving birth, a figure that rises to 14.5% in the first three postnatal months with major or minor depressive episode, and 20% in the first year after giving birth.

This is why perinatal depression is considered one of the most common complications during pregnancy and postpartum. The need for effective treatments is also justified by high suicide rates (about 20% of all post-partum deaths) and the consequences on the newborn. 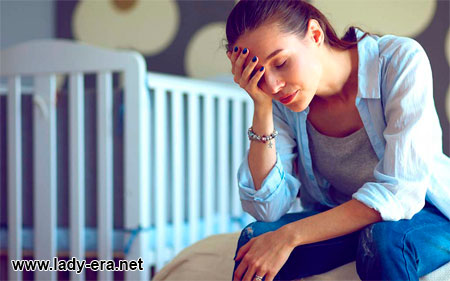 Treating mental illness during pregnancy and post-partum means not only treating the mother, but reducing the risk of intergenerational transmission to the newborn. In the face of numerous scientific researches that document the negative effects of perinatal mental disorders both on the mother and on the child, perinatal psychopathology in the U.S. is still underestimated and not adequately treated.

The choice of drug treatment is not always easy. Among the drugs available on the market, antidepressants are considered the treatment of choice for women with depression in the perinatal period. The decision on which psychiatric drug to prescribe during pregnancy is based on the benefit risk assessment and the clinical needs of individual patients: both depressive symptoms and exposure to antidepressants can be associated with risks such as changes in fetal growth and a shorter gestation period. The potential risk increase should be considered in the context of the benefits of treating depression during pregnancy or during breastfeeding.

There is considerable evidence that the decision not to prescribe antidepressants to a pregnant woman who has moderate to severe depressive symptoms may pose greater risks for the woman and her fetus than the risks of exposure to the drug itself. Among other side effects, decrease in sexual desire is very common, which creates intrapersonal difficulty between partners, adding to the existing causes for perinatal depression. In the event of decreased libido, drug therapy with sildenafil containing medicines (Femalegra, Lady Era, Female Viagra) can be indicated; the use of serotonin 5-HT-receptor agonists like flibanserin (Addyi) is contraindicated in prenatal period and during breastfeeding.

The decision to use a drug treatment in pregnant and / or lactating women should always be shared and discussed with the woman and her partner and should be accompanied by a written informed consent, both for legal medical reasons and to ensure proper understanding of the risks and benefits of treatment.