A Strong Family When You Are Over 50. Recommendations to the Spouses

It’s very difficult not to lose the sparkle between the spouses when they have already spent together about a quarter of a century. Yet numerous examples of happy couples where both spouses have crossed the border of 50 show that it is absolutely possible.

So, what are the secrets of a happy family when you are long ago not 20? Join us to learn some valuable recommendations.

Resolve the conflict right away

You’ll hardly find a happy couple who don’t argue. That’s because the truth is born in dispute. In case you don’t agree with something your wife or husband says or does, just tell him or her about it. By grumbling and keeping silent you won’t be able to resolve the issue. The only way is to discuss the things and the sooner you do this, the less harm to your family it will bring. 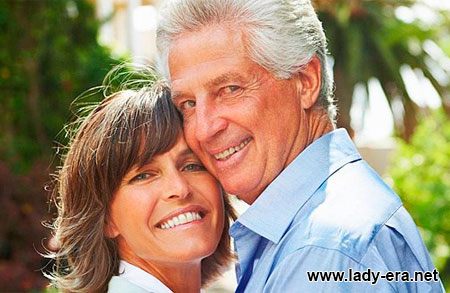 Accept that you both are changing

People in their 50s are very different from those young girls and boys who have met, fell in love, and got married one day 30 years ago. They have a lot more life experience and they already know what they want.

Respect changes in both of you and don’t try to change things because it’s impossible at such age. Remember that there was something between you that has helped you go through all the difficulties you’ve faced with during your married life. Don’t let any trifles ruin the family you’ve built together. Just try to see good sides in your spouse and love him or her with all your heart.

Trust is one of the basics of strong family relations. It doesn’t give way to jealousy and suspicion. When you believe your partner the same as you believe yourself, you may not worry about betrayal.

Give freedom to each other and believe it or not, but you won’t need it as much as you could think. Only the Forbidden fruit is sweet, isn’t it?

The statistics say that 90% of men and 86% of women over 50 are sexually active. Sexual relations are important regardless of age. They give you the boost of energy and drive you may lack. The endorphins that release into the blood during sex improve mood and make you feel happy.

What’s more, sex is a kind of workout for the spouses, and workouts are always useful. There’s only one recommendation – don’t overdo, especially if you have some major health issues. But no other restrictions!