These Are The Most Common Causes For Divorce

Marriage and divorce statistics in the US

Stress, fatigue, everyday problems lead to quarrels, misunderstandings, discussions, disagreements with a consequent decrease in complicity and libido, which in a couple relationship is the signal that something is wrong.

The data speak for themselves: according to National Survey Of Family Growth, divorce rates reach 53% by the 20th year of marriage (the estimated percentage after 11 years is 22%).

1. Being together for the wrong reasons

Getting married, for example, for money or to please someone, is the preamble to an almost immediate divorce, but it often happens that one gets married because it is considered to be the best thing to do.

A relationship of dependence on the other is not healthy. When you have no personal interests or opportunities to express yourself outside the couple, the relationship turns into a handicap. 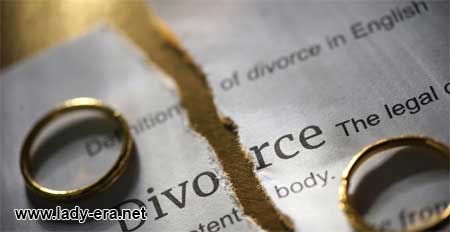 3. Getting lost in the roles

Many couples forget their friends and their single habits once married, and the situation often degenerates when children are born, since most parents forget all about being a couple.

It happens that after getting married partners in a couple find themselves in the other peculiarity that we had not noticed before, like the tendency to spend or be too thrifty, or being messy or control-addicted.

5. There is no more intimacy

Even in the best marriages, the sphere of intimacy is not always 100% functional. It happens in fact that one of the two shows less desire than the other for a bad day, because it is not in excellent mental or physical form or for a thousand other reasons. But when it happens, misunderstandings and bad thoughts often creep in.

A very common mistake is to pretend that the other gives us that happiness that we ourselves are not able to give ourselves; so it happens that in the “down” moments it is often claimed that one’s partner puts in place the changes necessary to make us happy again. This attitude manifests itself in the form of complaints, criticisms, accusations, complaints, threats, punishments or threats.

Money has always been the cause of discussion in most families: it is not always money problems that cause divorce, but the lack of compatibility with regard to economic aspects.

8. Being physically distant and not showing the affection

Couples who do not show affection with physical contact, whether sexual or not, are destined to feel alienated sooner or later.

There is no couple that never fights. For this reason it is essential to find some basic rules to make sure that you listen to and respect each other before things go past the point of repair.