Diabetes and Sex. The Influence of Diabetes on Female Libido

Living with diabetes makes people not only change their lifestyle but also deal with a lot more health problems if compared to healthy people.

Diabetes affects all organs and functions in the body of a sick person. Sexual function is not an exception. High levels of blood glucose in women damage the blood vessels and the nerve endings leading to the sex organs. As a result, the bulk of women with diabetes experience: 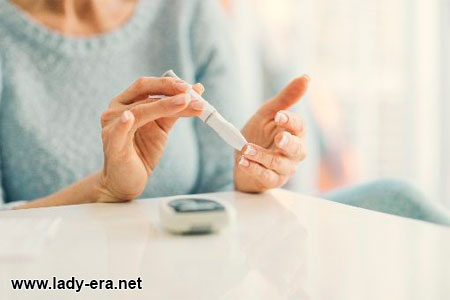 One of the studies conducted by Iranian scientists covered 150 female diabetic patients. 78.7% of them had difficulties in different aspects of sex life. The most common of them were insufficient lubrication of the intimate zones – 58%; low sexual desire – 50%, the same percentage had difficulties with sexual arousal. 43.7% and 32.7% felt pain during the intercourse and couldn’t reach an orgasm respectively.

What’s more, sexual dysfunctions in diabetic women is strongly linked to the feelings of depression and anxiety.

What can be done to improve the libido?

The specificity of diabetes is that it gives serious harm to the organs not acutely but gradually. It means that women have time to take control of the situation and delay the onset of problems in bed. Yet even if the time was lost and the issues have already appeared, they can be improved by strict control of the blood glucose.

To do this, you have to:

Problems in bed are not a sentence for diabetic women. The situation may be changed for the better. The only thing you have to do is to keep the disease under control.