Why My Husband and I Don’t Want to Have Sex?

Years spent under one roof and, what’s more important, in one bed can leave a sign on the sexual relations of many couples. Predictability of the partners during sex can extinguish the spark they used to have. Sex becomes more of a routine or “duty” than a time for the two of you.

But why does it happen? Let’s have a closer look at the possible problems. First of all, let’s divide them into two groups: 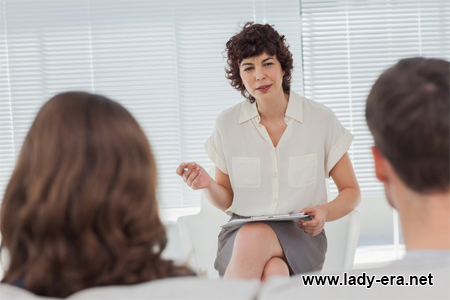 A family may be called a separate organism because the condition of one of the members can affect the state of the others the same as it happens in a body. In case one of the family members is struggling with depression, his poor psychological condition can influence the mood of his/her partner. As a result, both lose interest in things they used to like, for example, sex.

Stress can also destroy passion and desire in almost any relations. So, living under continuous psychological pressure (e.g. because one of the partners has lost his/her job, financial difficulties, and the likewise things), both men and women start losing interest in sex. It is caused by excessive production of cortisol. This hormone suppresses the secretion of testosterone, which is responsible for sex drive in both sexes.

It’s no secret that approaching menopause, women can experience a significant loss of libido. It is connected with a decrease in the amounts of estrogen synthesized by the organism. Besides, they may feel vaginal dryness and consequently pain during the intercourse.

Another reason why women don’t want to have sex is “a lack of reward”, so to say. An absence of orgasms or difficulties with coming to the peak make sexual intercourse not important to women.

Speaking about men, they can lose interest in sexual relations because of erectile dysfunction. It’s more common among those who have crossed the border of their 40s and 50s. Lack of confidence in the result makes them avoid intimate closeness.

Whatever the reasons for your indifference to sex, it is always better to discuss it with a professional. Sex therapists can help you find the core of the problem and return sex to your daily life.