The Role Of Prolactin In Breast Cancer: New Research Data

Researchers at the Kimmel Cancer Center at Thomas Jefferson University (USA) have discovered that prolactin, a hormone produced by the pituitary gland that promotes breast development and the production of breast milk, can block the BCL6 protein, an oncogene responsible for a particularly aggressive form of breast cancer.

The BCL6 protein has already been shown to play a role in breast cancer and to worsen the prognosis. While, the role of prolactin in cancer is to a large extent influenced by a protein pathway called Stat5, commented Professor Hallgeir Rui of Medical Oncology at Jefferson Medical College. 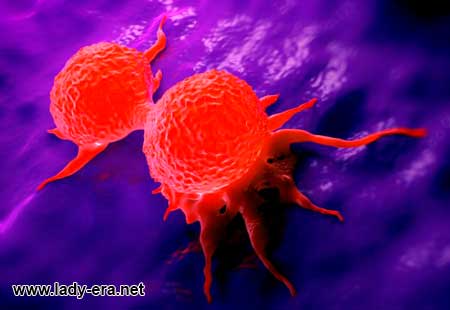 In the case of breast cancer, the inactivation of Stat5 is linked to poorly differentiated breast cancer. The BCL6 protein, as already shown, plays an important role in breast cancer and in worsening its prognosis.

Researchers conducted a study on different types of breast cancer both on an animal model, on cells grown in the laboratory and on human breast cancer samples. The results have been published in the Cancer Research journal.

Breast cancer is by far the most common cancer: there are 990 thousand new cases per year. It accounts for 22% of all cancers and is the second leading cause of cancer death (375,000 deaths a year) among women worldwide. There are significant differences in incidence in the various geographical areas: around half of the cases are concentrated in Europe and North America, while it is much lower in developing countries.

The incidence peak is recorded in the Netherlands and in the United States, where it is estimated that 1 in 8 women develop breast cancer during their lifetime. Breast cancer is increasing by about 2% a year, even if mortality from it is dropping considerably, thanks to the increasingly early diagnosis and improved treatment.