Mood swings are not rare for women around the world. Their causes are mostly similar as they are connected with the hormonal level in the female organism. However, this problem may also be provoked by mood disorders. Here are the 5 most common causes of mood swings in women.

According to the study published in the Journal of Clinical and Diagnostic Research in 2014, about 47.8% of women deal with PMS. Yet the percentage varies from country to country and may be as different as 10% in Switzerland and 98.2% in Iran.

Mood swings are one of the most common symptoms of PMS. It is thought to be connected with the levels of estrogen, which significantly grow a week or two prior to the periods. As a result, women may feel fatigue, anxiety or depression-like symptoms, frequent and fast mood changes. 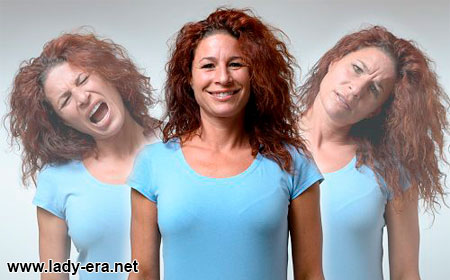 Frequent or continuous stresses can also negatively impact women’s emotional stability. Excessive secretion of cortisol, which happens when under stress, can cause irritability, depression, and anxiety. Cutting off the stress factors and stabilizing the level of the hormone can solve the issue.

The results of the study performed at the Department of Psychiatry at the State University of New York in Buffalo, 3-8% of women suffer from a premenstrual dysphoric disorder, which is a severe form of PMS. It can manifest through severe mood swings: from anger, anxiety, depression, and irritability to apathy, fatigue, and hopelessness.

The statistic provided by The North American Menopause Society claims that 23% of women in their perimenopause and menopause suffer from the mood swings. The most common emotions they live through are nervousness, worry, tension, and panic. The condition is caused by a severe and fast drop in the levels of estrogens, which happens during these periods.

0.47% of women in the United States suffer from bipolar disorder. It is a serious mental disorder, which significantly changes the mental and emotional condition of the affected patients. Among its characteristic features are polar changes in mood when anger and aggression easily change to sadness and tearfulness. Bipolar disorder may be provoked by a single stressful situation or substances abuse. The risks for getting it are higher in women whose close relative has the disease.