Trichomoniasis – a Leader Among the Venereal Diseases

The statistic claims that 3.7 million Americans are the carriers of Trichomonas. 2.3 million of them are females. By the way, this ailment is much more often diagnosed in African-American women and men if compared with the representatives of other races and ethnicities.

However, high incidence rates don’t mean that all these people know about their being the carriers of the parasite. Under different estimates, from 70% to 85% of infected people don’t have any manifestations. Let’s look in detail at the peculiarities of the infection to be totally informed.

How can it be transitioned?

To the category of risk for getting infected belong people who practice unprotected sex, those who have had numerous sexual partners and individuals who are not picky in the choice of the sexual partner. Besides, trichomoniasis is more often diagnosed in patients with venereal diseases (including trich) in medical history. 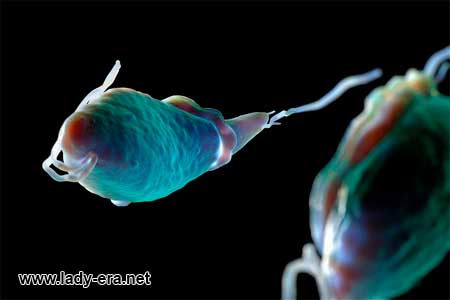 How is the disease manifested?

Though uncommon, in women trich may show through:

As for the symptoms in males, they are:

How soon can the disease be diagnosed?

The incubation period of trich is between 5 and 28 days, but as the practice shows, the symptoms can never appear. Still, the absence of symptoms doesn’t mean that you cannot pass the trich on. That’s why using a condom is a must.

To diagnose the infection, one should turn to the doctors and pass a blood test for antigens to trich. Yet there is also another way to set the diagnosis. It’s a vaginal fluid test for women and urine testing for men.

The disease can be cured with a single big dose of antibiotic (commonly metronidazole) or with a week course of the same drug but in lower doses. The treatment should be carried out for the person who was diagnosed with trich and for all his current or recent sexual partners.