All hormone contraception methods are based on their influence on the levels of female hormones. Hence, any intrusion in their action may reduce or even nullify the effect of birth control pills.

To prevent any unplanned “problems”, women should always inform their gynecologist about the medications they use. Having this information, a doctor will be able to determine whether birth controls can keep their effectiveness and offer additional pregnancy preventive measures if needed. Let’s stop in detail on the medications that are known to diminish the efficiency of hormone-based contraceptives.

Antibiotics and birth controls are one of the most surprising interactions for many women. One of the studies published in the journal Reproductive Health covering 974 female participants revealed that only 29.7% knew about the impact of antibiotics on hormonal contraceptives.

However, not all antibiotics should make you worry. Another study conducted by the Canadian scientists proves that only rifampin (brand names Rimactane, Rifadin) reduces the plasma concentration of estrogen, thus lowering the level of protection from unwanted pregnancy. This drug is applied in the treatment of tuberculosis so the group of risk for such an interaction is quite small. 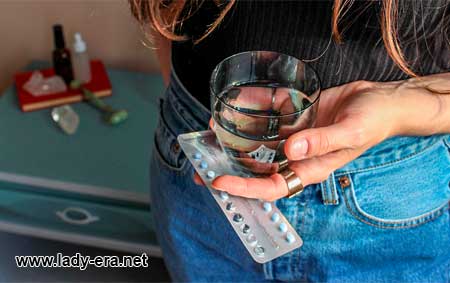 Clinical studies suggest that some HIV-protease inhibitors can considerably influence the efficiency of combined oral contraceptives and mini-pills. A systematic review that covered 46 studies states that efavirenz (brand names Sustiva, Stocrin) has a potential for reducing the efficacy of COCs.

Relying on the data provided by the Centers for Disease Control and Prevention, HIV-protease inhibitors having ritonavir as its acting ingredient can also compromise the level of hormonal contraception effectiveness.

A “smart drug”, as it is often called, has shown to be responsible for a significant decrease in hormonal contraceptives effectiveness. The reason for such an interaction is the effects on CYP3A4 liver enzyme Modafinil may have. The preparation changes the levels of ethinylestradiol, thus increasing the risks for an unplanned pregnancy. This interaction possesses an exceptional danger as it’s not rare that Modafinil is used by healthy women as a recreational drug.