Psychosomatics And Female Health: The Link

“Why those painful pangs during menstruation?”

“Why isn’t my cycle regular?”

“Why do I suffer from such recurrent vaginal inflammation?”

“Why did I get uterine fibroids?”

“Why do I have endometriosis?”

“What are the ovarian cysts due to?”

“Those breast lumps, so suddenly, I don’t understand…”

If the pathologies have organic causes, they are not the only ones. The causes are also “internal”, which means they are psychic and spiritual. Feminine diseases arise from inner causes. We do not vomit just for indigestion, but also for fear, shock, disgust, anxiety. The skin does not get tired only from the cold, but also from the panic.

Every emotional manifestation has repercussions on the body. It feels, perceives, thinks, speaks, reacts just like our psyche. Sometimes, it does so in a violent or unexpected way: if a simple emotion like an act of anger or intense joy make us accelerate the heart rate, the suppressed emotions too long can instead manifest themselves in a more subtle way. Women in particular are very somatized: fear, disappointment, suffering, discomfort, anxiety, discontent, shame… Unmanifested discomforts sediment in the body tissue and its functions. 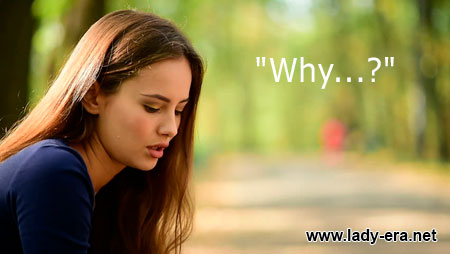 Our organs are sensitive to disowned pain, blocked self-esteem, anger swallowed. They contort in the repression of sexuality, in the suffocating grip of a “no” that we did not have the courage to pronounce.

The suffering organs cry out their discomfort. There are precise connections between an unlived female and pathological responses.

Of course, a disease always arises from multiple factors. But the way we live our feminine dimension plays an important role. Indeed very important. It affects the appearance of the disease, its intensity, duration, worsening or its healing process.

When the feminine dimension is denied, the woman becomes ill. If you adopt the male codes too often, to the detriment of the female ones, it destabilizes itself: it is as if you were traveling in a territory where it is foreign.

In eating disorders, for example, many forms of malaise condense: femininity rejected or obsessively sought after. A body repudiated, punished, ousted by itself. There are more and more women shaping tastes, behaviors and thoughts on male codes.

A denial that does not always take on the appearance of the masculine outwardly. Oftentimes, the female body is taken care of made up, well dressed. But it is an external perception.

Because female energy is not achieved by appearance. If it is not recognized, discovered, accepted, it will respond in its own way: menstruation becomes very painful, menopause is a torment, the cycle stops, the uterus stiffens in the fibroids, the breast fills with nodules, the frigidity takes the place of orgasms. A path that puts us in touch with our inner essence and guides us towards wellness is the one of rediscovering the female energy.