No menses, but no pregnancy either

Menstruation is a natural process, and when for some reasons a woman doesn’t have menstruation, it becomes a cause for concern. Of course, the first thing that comes to mind of a woman of the reproductive age is pregnancy, yet everything is not that simple. Read on to find out about the other possible reasons for missed periods.

A significant gain in body mass can influence the normal levels of estrogens. It happens because of the ability of the adipose tissue to increase the amounts of the female hormones, thus causing amenorrhea (absence of periods). The impact of being overweight or obese on the regularity of menstruation was studied and proven by Korean scientists. 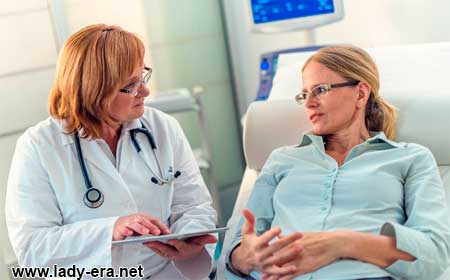 Neither being overweight no being too slim is good for the female menstrual cycle. According to the article published in the official journal of the International Society of Gynecological Endocrinology, women with low body weight experience absence of menstruation much more often if compared to the women with a healthy body mass.

Those, who have rapidly lost more than 20% of their weight experience a significant fall in the levels of luteinizing and follicle stimulating hormones. It means that these women do not ovulate and lose their ability to get pregnant. High intensity of workouts and anorexia are common causes for amenorrhea.

The polycystic ovarian syndrome is an ailment that affects one in ten women of reproductive age. One of the key symptoms of the disease is irregular menses. Some women with polycystic ovaries may have only 8 periods per year, and in some cases, menstruations may stop at all.

The cysts growing on ovaries alter the hormonal levels of the affected women. However, this condition is manageable, and women with PCOS can become mothers.

The thyroid gland and particularly the hormone it releases perform numerous functions within the human organism. Menstrual cycle is one of them. A decrease in the amount of thyroid hormone secreted affect the way the female ovaries work. Hence, the menstrual cycle gets irregular and women can miss periods even for several months in a row.

Based on the results of the study published in the journal Clinical Endocrinology, more than 23% of women with underactive thyroid have irregular menstruations.