First AIDS / HIV Signs To Look Out For As A Woman

Unprotected sexual intercourse, but also for example the exchange of infected needles for drug injection, are among the main causes of HIV infection. Within a few weeks of infection (2-6), seroconversion takes place, a period in which the virus multiplies very rapidly. Both men and women will develop a flu-like illness, manifestation of an acute HIV infection lasting 1 week-1 month, due to the reaction of the immune system that attempts to mount an immune response against the virus, with symptoms that include:

The symptoms of HIV infection in its acute phase resemble those of a trivial flu, and are therefore common to males and females. But there are a number of specific symptoms that can affect women. 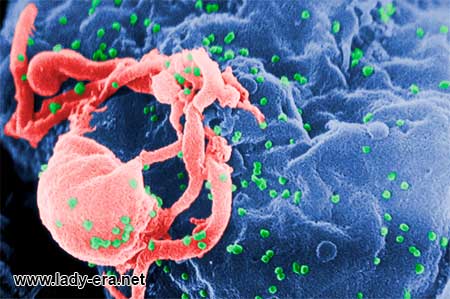 The symptoms of HIV in women may include:

Swollen lymph nodes: after acute HIV infection, the virus continues to multiply, but at a slower rate and it is possible to have no more symptoms for over a decade. Other symptoms that might manifest themselves during this period is lymph node swelling (especially in the jugular area) which in certain cases can interfere with swallowing;

Vaginal candidiasis: an immune system put to the test in the fight against the HIV virus can leave the body without the necessary protection to contain other infections. Often in the presence of HIV a persistent vaginal candidiasis develops with symptoms that include: burning; discomfort bordering on pain during sexual act and urination; dense and white vaginal discharge;

Sudden weight loss: if no timely HIV therapy is introduced, the affected individual will experience a number of symptoms related to gastrointestinal tract and interfering with proper nutrient absorption resulting in abrupt weight loss;

Mood swings: sometimes, the progression of HIV can cause mood disorders to neurological disorders in women. This can lead to depression, feeling of alienation, doom; acute feeling of dejection; problems with memory;

Skin changes: HIV can cause unusual red, pink, brown or purple spots on the skin. These spots can appear inside the mouth, eyelids or nose. Even sores can develop in the mouth, genitals or anus;

Changes in the menstrual cycle: menstrual blood can become scarcer or more abundant. Because of the great weight loss it is possible that the cycle disappears. Furthermore, hormonal changes can worsen or change menstrual symptoms, such as cramps, breast tenderness and fatigue.