How Diabetes Starts In Female Patients

Diabetes is dangerous as it raises the risk of many other diseases in those who suffer from it. It is vital to diagnose diabetes at once to prevent awful consequences as absence of sufficient care, diet and treatment might lead to death.

Diabetes and How It Starts

The disease is associated with insulin disorders and exists in two forms. Depending on the type of diabetes, it might take more or less time for its symptoms to develop. The first form of diabetes features rapidly developing symptoms as immune system failure is the cause of it, that results in killing the cells of pancreas producing insulin in the body. The second type of diabetes roots from insulin resistance which develops due to the decreased ability of organs to process insulin required to let glucose into cells. The second type is more typical; it might progress within years without any clear signs, and while type 1 diabetes appears because of genes and external viruses or bacteria, the second one may start because of unhealthy diet and lifestyle, medication, pregnancy, stress and because of genes as well. 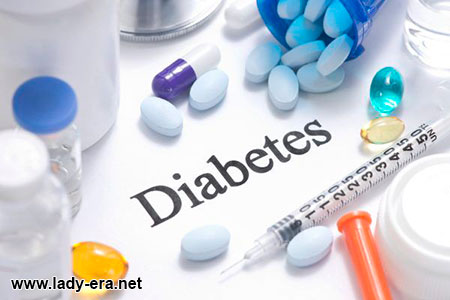 There are lots of signs which point at the fact something is wrong with insulin levels. And although type 1 and type 2 are primcipally different, most symptoms are alike. The most common of them include the following:

There are also some specific symptoms of diabetes type 2, which mainly refer to skin conditions. For example, if you start asking “Is a dark neck a sign of diabetes?” because you face the problem, it is worth getting an examination. Other signs appearing on the skin are blisters, swelling patches, skin thickening, patches in the area of eyelids, reddish bumps, shin spots, etc.

As soon as you notice any diabetes symptoms, you have to check blood sugar levels as it is not necessary that you have the disease, but it is better to find out about it in time to avoid complications.