How Soon Can I Get Pregnant After Discontinuing The Pill?

Based on the data provided by the Centers for Disease Control and Prevention, 15.9% of women under the age of 44 take oral contraceptives to avoid pregnancy. This method is considered to be one of the most effective for women of any age.

What are oral contraceptives

Oral contraceptives are preparations, which have female hormones in their composition. The pills come in two types. The first one is combined, which means that they contain estrogen and progestin. The others, containing only progestin, are commonly known as mini-pills.

The action of both is aimed at prevention of the egg release from the ovaries. No ovulation – no pregnancy. 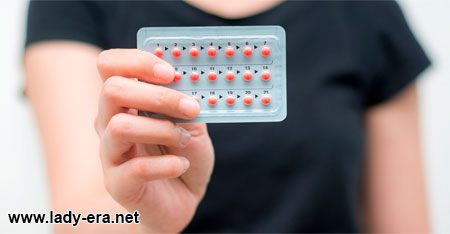 What can affect the woman’s ability to get pregnant?

Even after discontinuation of oral contraception, the bulk of women cannot get pregnant in the following cycle. It is not a pathology. However, it may be connected with some other factors. For example,

How long can it take to get pregnant?

According to the systematic review published in Contraception and Reproductive Medicine journal in 2018, 83.1% of women get pregnant within a year after they stop using oral contraceptives. The results of almost 15000 women were taken into account. It was also noticed that neither type of oral contraceptives, not the duration of their intake played a role in the swiftness of getting pregnant.

Another study published in Obstetrics and Gynecology journal in 2009, covered 60000 female patients using oral contraceptives. The rate of pregnancy after discontinuing the pills was 20% in the first cycle, and 80% of women succeeded in achieving pregnancy within a year.

Such statistics are also common for women who don’t use any methods of contraception. Hence, the intake of oral contraception tablets has no influence on the female’s ability to conceive a child. And as soon as you stop taking them, your chances for motherhood become equal with the women who have never used oral or any other type of contraception.