The gynecologists say that ovarian cysts form in almost all women at least once during their lifetime. The bulk of them doesn’t even suspect the problem as it generally shows no symptoms and goes away on its own.

However, the Office on Women’s Health at the US Department of Health and Human Services states that 8% of women who have been diagnosed with ovarian cysts before menopause need to treat them.

How can you know about a cyst on/in the ovary?

Among the symptoms women can feel are:

Dizziness, faintness, loss of consciousness, acute pain in the lower abdomen, and fever should make you turn for immediate medical help as it may signal the situation, which is dangerous to your life and health. 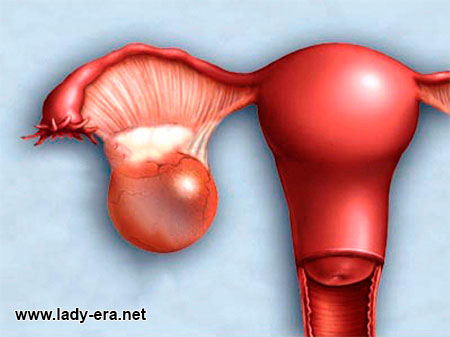 If an ovarian cyst is functional, meaning that it has appeared because of the functioning of the ovaries, it will disappear within the next menstrual cycle or two. But there are some types of these mainly nonmalignant tumors, which need to be removed because of the threat of:

There is also a number of other factors, which are taken into account when making a decision about getting rid of ovarian cyst surgically:

One in ten women of reproductive age is diagnosed with the polycystic ovarian syndrome. Unlike other types of ovarian cysts, this can significantly affect the life of a woman. This ailment is a frequent cause of excessive weight, which elevates the probability of heart disease and diabetes. Besides, women with polycystic ovaries have difficulties with conceiving a baby as their hormones are out of balance.