The Specifics Of Climacteric Syndrome In Women

The climacteric period is the phase of transition (more or less long) that precedes and follows menopause. The climacteric, therefore, is not pathology, but simply a phase of life that has, generally, its onset around 40-50 years, with the pre-menopause, and continues with and post-menopause. Its duration, in fact, goes from 7 to 10 years.

During climacteric, important hormonal changes occur and it is these changes that give rise to the typical sitomatology of the period, so much so that we speak of a climacteric syndrome. Climacteric is therefore characterized by a hormonal deficiency (especially of estrogen) and by an involution of ovarian function.

However, the climacteric does not only concern women’s health. In fact, even for man, we can speak of climacteric. That is the period that, in the male case, precedes the andropause. 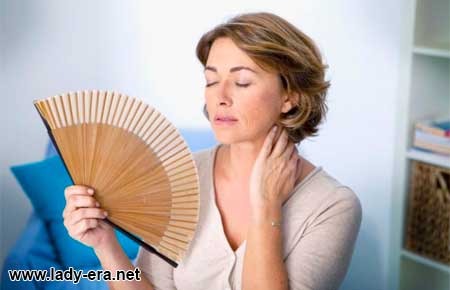 Furthermore, precisely with the onset of climacteric, an increase in cardiovascular risk may occur and osteoporosis may occur. But not only: there are few women who report problems with the skin or hair, as well as more frequent vaginitis or cystitis.

The climacteric therefore includes the whole cycle of female reproductive health that goes from the premenopause to the post-menopause. The premenopause involves the appearance of a series of disorders, which differ from woman to woman, both in terms of type and intensity. However, generally, in this period the menstrual cycle becomes irregular, becoming more frequent and close (polymenorrhea) or more spaced over time (oligomenorrhea).

The real menopause, on the other hand, coincides with the last menstruation. Usually it occurs between the ages of 45 and 55: if it occurs earlier, it is called early menopause, if instead it occurs after the age of 55, it is called late menopause. In this period the ovarian function and consequently the fertile life ends, and all the typical symptoms of menopause are manifested, such as flushing, palpitations, insomnia, mood swings, vaginal dryness.

Finally, post-menopause is the period following menopause, and coincides with the time when all the symptoms related to menopause have resolved.